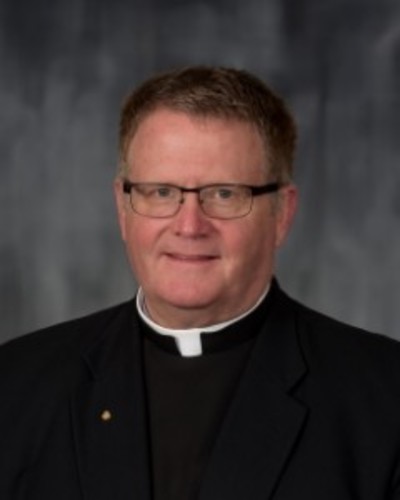 I grew up in southeastern Wisconsin and was named after a priest, Fr. Stephen Peil, my mom’s uncle. Raised with six sisters and brothers by my late parents, Eugene and Margery, I attended Catholic grade and high school, then the University of Wisconsin – Parkside. I studied Business, and then Biology. I additionally studied Pre Theology at Franciscan University of Steubenville and attended Kenrick-Glennon Seminary in St. Louis. Finally, I was ordained a priest by Bishop Robert Finn on June 3rd, 2006. Prior to being named pastor of Coronation of Our Lady, I was a transitional deacon at St. Andrew the Apostle in Gladstone and pastor of Immaculate Conception in Lexington.

Catherine Neumayr is a California native born in San Francisco and raised in southern California.  She comes from a large devout Catholic family.  Her father and mother were both college professors specializing in philosophy and English literature, respectively.  Their love of learning and fidelity to the Faith deeply influenced Miss Neumayr’s upbringing.

Miss Neumayr enjoyed school greatly.  She attended elementary Catholic school at Our Lady of Grace and knows how critically important laying an early foundation of excellence in education of the mind, body, and spirit is to the ultimate success of an integrated person.  Miss Neumayr then attended La Reina, a Catholic all girls’ middle and high school, where she enjoyed great academic, athletic, and leadership success.

Miss Neumayr was accepted with honors to the University of San Francisco where she completed a Great Books program called the St. Ignatius Institute and enjoyed her junior year abroad at Oxford University studying theology, philosophy, and literature under the Dominicans.  This year abroad sparked a powerful interest in travel that became a lifelong passion to see the world and extend her education beyond the classroom.  Her many trips to Europe as far as Istanbul and to places like Costa Rica and Brazil as well as frequent trips across the United States have inspired in her an appreciation for the world and a profound love for the United States of America.

Upon graduation, Miss Neumayr was offered a position in the Admissions Office at her alma mater, USF.  For four years she recruited domestic and international students as well as coordinated many special programs for groups of students visiting the school.  This experience deeply influenced Miss Neumayr in the importance of helping parents and students find their true academic home.  Although the job was exciting, Miss Neumayr knew she wanted to teach.  When her high school principal called to invite her to come home to teach English, Theology, and History, she went immediately and enjoyed nine years of honing her craft while completing her Master’s in Education at Pepperdine University. While working at LRHS, Miss Neumayr was tapped to be the College Counselor and the Faculty Elected Representative to the Administrative Team.  Both additions to her teaching load added immeasurably to her interest in School Administration.

It was, however, when she moved to Anchorage, Alaska for a grand adventure teaching at a small K-12 classical Catholic school that she realized her full potential.  There, Miss Neumayr was tasked with developing the writing program for the school and frequently was called upon to improve the curriculum and instruction of the Upper School.  She mentored many teachers.  After six years in which the school was declining in numbers due to poor administration, she was chosen to lead the school as the strong Principal in which she oversaw the elementary, middle, and high school.  This experience allowed her to develop the marketing, academic, and development programs that restored the school to its original strength.  She doubled the school’s numbers as well as improved morale and academic excellence.  For seven years she proudly led the school to local, state, and national recognition.

In 2018, Miss Neumayr returned home to California to care for her aging parents and enjoyed a year-long sabbatical in which she homeschooled a niece and nephew who are hockey phenoms. She then took a position at Canyon Heights Academy, a Catholic Elementary School of Distinction in the San Jose area, where she could be near her parents but return to Head of School responsibilities.  Miss Neumayr had no idea that her two years there would include leading her school through an intense WASC Accreditation in which the school was recognized for a six-year accreditation (the highest possible award).  Days after the accreditation award was given, Covid-19 arrived and the school was ordered into distance learning; after 24 hours of preparation, Miss Neumayr began a distance learning full-time school for the remainder of the school year.  In October of 2020, she was able to have grades PreK to 5th grade back to school in person but maintained a Dual Track program where the teachers taught the in person and distance learners simultaneously.  This January 2021, she opened the Middle School for Dual Track in person/distance learning as well.  The challenges of the pandemic have truly tested her and shown her that with God and a great team of Board members, faculty, staff, students, and parents, she can accomplish anything!

While at Canyon Heights, her parents and all her siblings moved to the East Coast.  She loves her twelve nieces and nephews and her aging parents and siblings too much to live across the country from them.  Fr. Hansen encouraged her application to Cathedral School of St. Joseph.  She visited our campus and the beautiful Cathedral of St. Joseph stole her heart! She is bringing her experience, love of learning, organization, and leadership qualities to St. Joseph and plans to begin work at Cathedral School on July 12th.  She hopes that families will feel free to stop by to say hello! 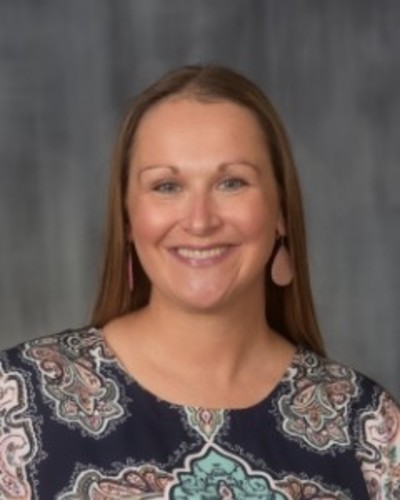 Ms. Lujan has a son who is in the 6th grade. 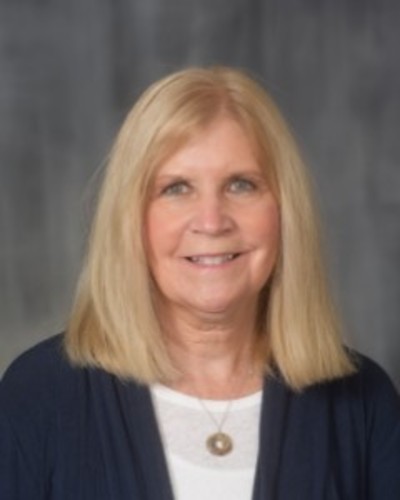 Personal Statement: It is my ultimate desire to help students meet their fullest potential by providing a safe and enriched environment, giving students opportunity for discovery, inviting a sharing of ideas, and promoting respect for all people and things. 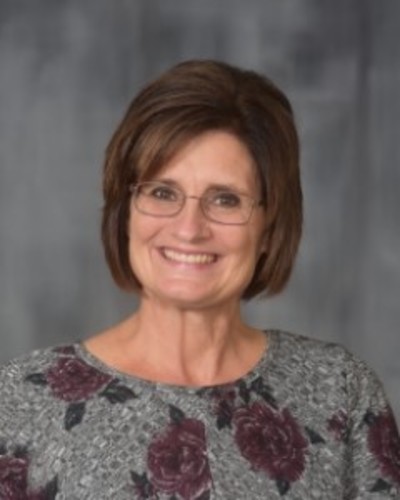 Graduate of: College of St. Benedict in St. Joseph, Minnesota

Teaching Experience: This is my 30th year teaching in Catholic Schools.  I have taught in Minnesota, Iowa, Wisconsin, and Missouri.  This will be my 19th year teaching at Cathedral.

Family: My husband, Jon, and I have four children, Moriah (29) is married to Alex Phillips and is a chiropractor at Green Family Chiropractic. Nicholas (26) is currently attending Northwestern Health Scieces University College of Chiropractic in Bloomington, MN.  Ashley (18) who is a Senior at LeBlond, and Christopher (16) is a Junior at LeBlond.

Personal Statement: I enjoy watching the children grow both spiritually and academically. It is truly a pleasure to be part of the Cathedral School where “Faith and Friendship Rule”. 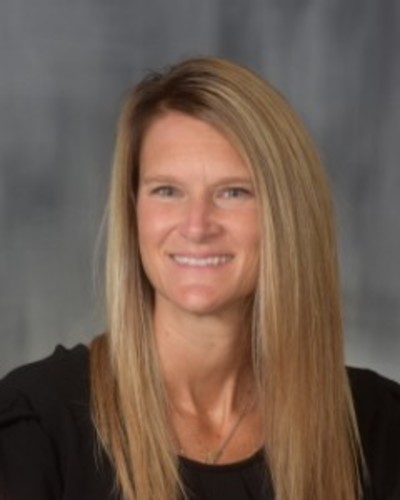 Teaching Experience:  This is my 21st year teaching.  I taught for two years in St. Louis, MO (2nd and 7th Grade) before coming “home” to Cathedral.  My 19 years at Cathedral have been in Preschool, First Grade, and Second Grade.

Family: I am married to Craig Mattox.  We have four children who have all attended Catholic Schools.  Our daughter, Riley, is a Freshman at Missouri State University in Springfield, MO.  Reese is a Senior at LeBlond, Rorey is a Freshman at LeBlond, and our son, Ryder, is in 6th grade here at Cathedral.

Personal Statement:  As an educator, it is my privilege to be able to touch, in a small way, the lives of my students.  I feel blessed to be a part of Cathedral School where we are, first and foremost, a faith-based school, and where there is a strong tradition of academic excellence. 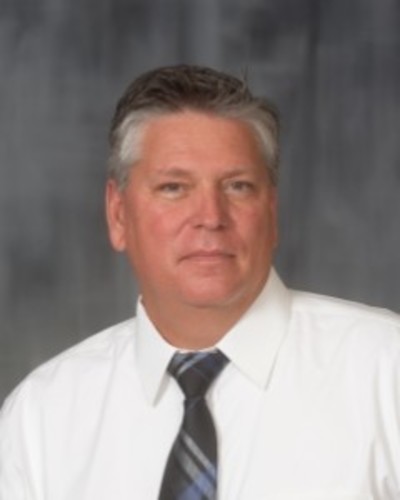 Teaching Experience: This will be my fourth year at Cathedral and my second year as the 5th grade teacher.  I have taught a Creative Writing class two years prior to that and have done some substitute teaching as well.  I started coaching youth in 2000 and have enjoyed working with kids in baseball, basketball, and football.

Family:  Tracy and I have been married for 30 years. We have four sons who have all attended Cathedral.. Jordan is 25 and currently serving our country  as a member of the Missouri Army National Guard. Collin will turn 24 in October of 2019, attends Kansas State University, and is a member of the Kansas Air National Guard. This year, Collin will be on his third deployment overseas.  Jacob is 21 and is attending the University of Nebraska-Lincoln.  Cole is 10 and is in the 5th grade here at Cathedral. Jordan, Collin and Jacob all graduated from Bishop LeBlond High School.

Personal Statement: Coaching and working with young people has been one of the most rewarding experiences in my life. I decided to take a leap-of-faith and put my enthusiasm, energy and life experiences to work in the classroom. 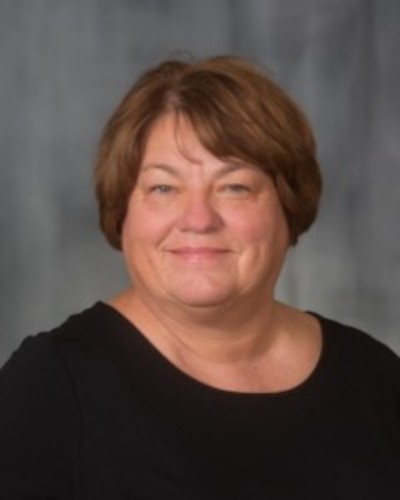 Teaching Experience: This is my 23rd year of teaching with 19 of those in Catholic Schools.  I have taught Pre-K, Kindergarten, 2nd, 3rd. 4th, and 5th.

Family: My husband, Joe, and I have been married for 36 years.  We have two sons, Courtney and Cody, and two daughters-in-law, Katie & Jamie, and 3 adorable grandchildren:  Andrew, Patrick, and Mia.

Personal Statement: I am excited to be back “home” at Cathedral, the parish I grew up in and graduated from.  I am looking forward to be a part of a school community where “Faith and Friendship Rule!” 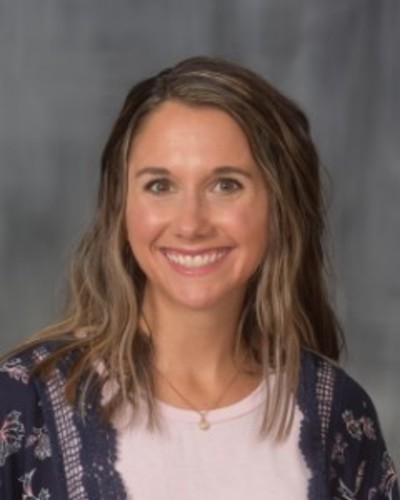 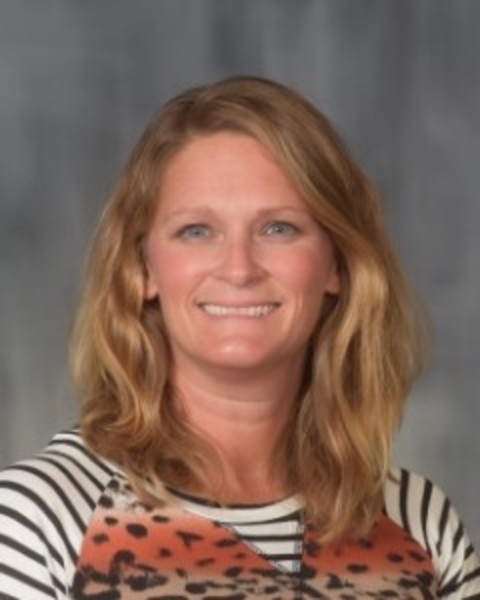 Graduate of:  Graduate of Missouri State University in Springfield, MO

Teaching Experience: I have been a teacher at Cathedral ECC since April 2011.  I am so excited about my position as the PreKindergarten teacher and am really looking forward to a positive and fun-filled year of learning.

Personal Statement:  I feel so blessed to be a teacher at Cathedral.  I truly believe in the education of young children and promise to do my personal best to provide a positive, loving environment for each and every child and family on a daily basis. 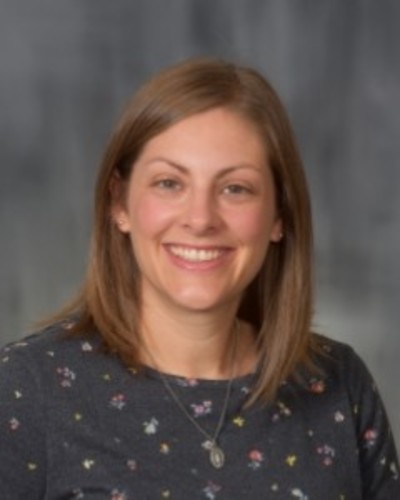 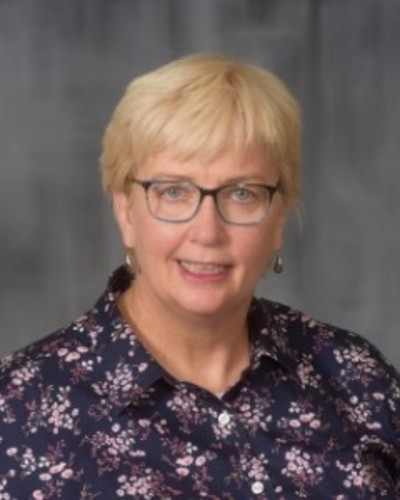 Personal Statement: A Catholic school is a place where academic education is intertwined with religious education. High standards, high expectations, faith, and friendship are all reasons why I choose to teach at Cathedral School. 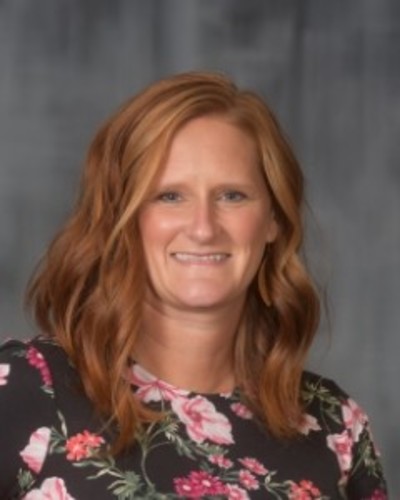 Teaching Experience: I taught Kindergarten here at Cathedral, along with Mrs. Supple, from 2006-2007.  I then taught in the Saint Joseph School District from 2007-2013.  I taught 2nd Grade at Humboldt Elementary for three years, and 1st Grade at Pershing Elementary for two years.  This is my seventh year teaching 1st grade at Cathedral School.

Family: I am married to a wonderful man, Matt Tabor, who is an Account Manager at Hillyard and assistant football coach at Lafayette.  We have three of the most adorable, crazy little boys!  My oldest son, Cooper, who is 11 ½, is in the 6th Grade here at Cathedral this year.  I have a 9 ½ year old, Quinn, who attends 4th Grade here, and my sweet baby boy, Henry, who is 6 years old, is starting Kindergarten this year.  They are so much fun and keep me on my toes at all times.  I love them so much and am so thrilled and blessed to be able to work so close to them all!

Personal Statement: I have found a passion and love for teaching young children, especially in a place where faith is at the heart of everything we do! 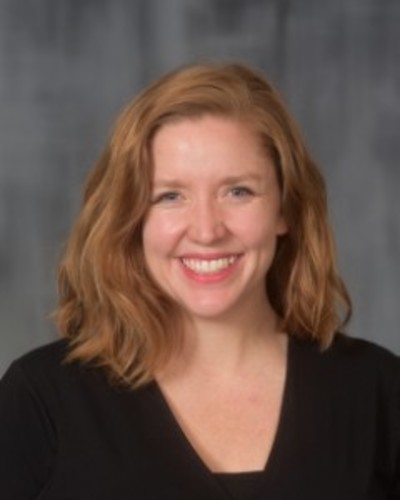 Adoration of the Blessed Sacrament

Join us in prayer for Cathedral Church, School, ECC, & your own intentions
April 17, 2020

Sunday "coffee and donuts" is an opportunity to meet other parishioners and continue our fellowship in Ruggle Hall following the 8:30 AM Sunday Mass. END_OF_DOCUMENT_TOKEN_TO_BE_REPLACED